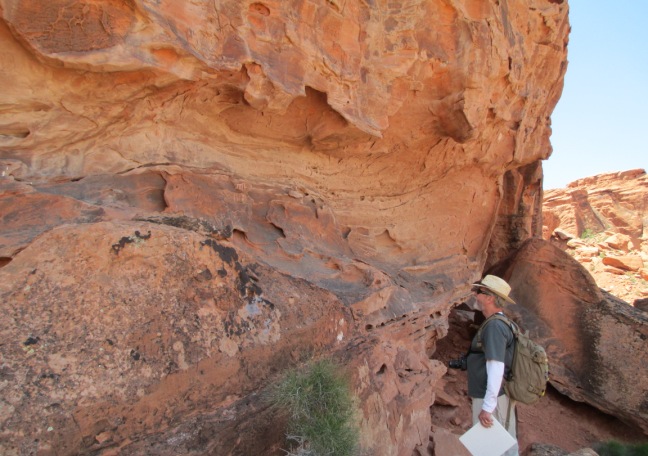 Through a partnership with the Nevada Site Stewardship Program, NVFCP has trained 24 Volunteer Site Stewards on how to gather initial condition information on archaeological sites. In May and June, twelve of these trained volunteers assisted in a field project to gather condition information on 29 stewarded archaeological sites in Gold Butte. Shortly after this information was provided to the Stewardship Program and the Bureau of Land Management, the area opened back up to stewardship. We were happy to have assisted in bringing site stewards back into this amazing area. 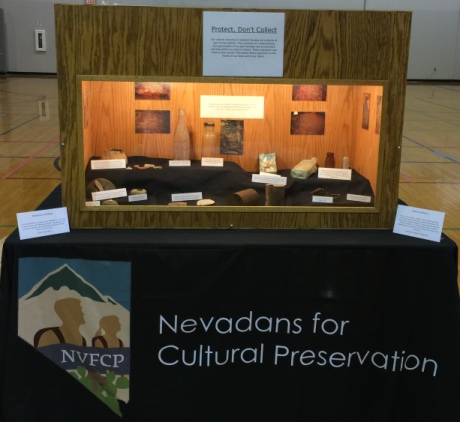 Shannon Horton, a UNLV Graduate Intern with the Nevada Site Stewardship Program, created an artifact display focused on preserving Nevada's cultural resources for the Boulder City Spring Jamboree. The display case and space were provided by the Nevada Gem and Mineral Society. NVFCP's display was proudly centered in the Gem and Mineral Show Showroom. 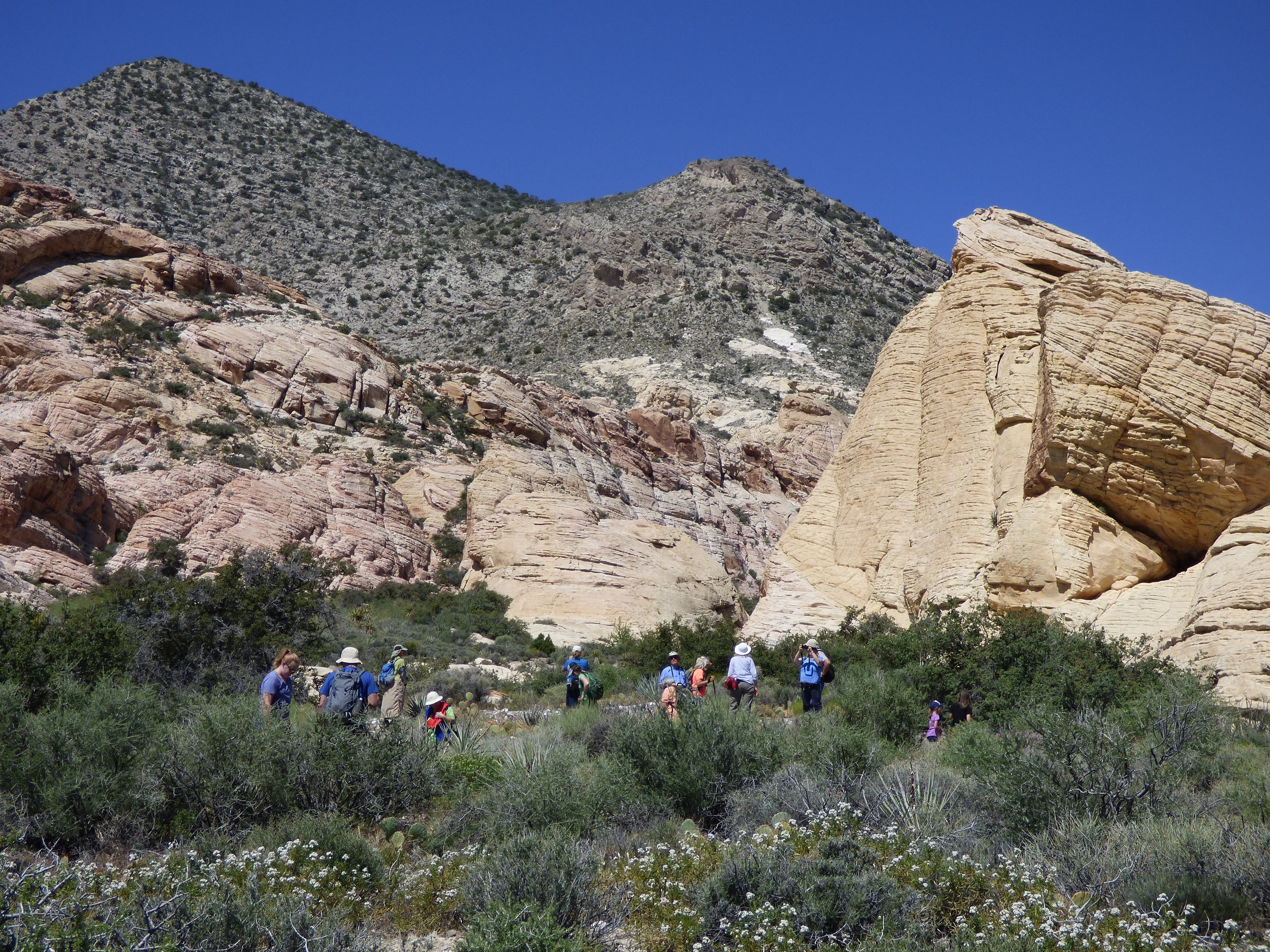 Mark Boatwright, BLM Archaeologist, provided an informative guided tour of Brownstone Canyon. While attendees hike through the wash alongside agave roasting pits, pictographs, and petroglyph panels, Boatwright provided visitors with insight into the area's archaeological significance. Attendees also learned about impacts left by visitors from the past and present. The BLM is constantly monitoring the area and works hard to ensure that this place will be preserved for future generations to enjoy. 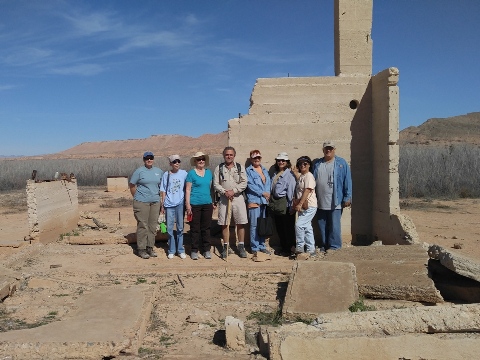 Erin Eichenberg, Archaeologist with the National Park Service for Lake Mead NRA, led a tour of St. Thomas. Attendees were able to ask questions and gain knowledge about the site, which was flooded after the construction of the Hoover Dam. Now that the water has receded, the buildings and artifacts, like glass bottles, are exposed. Erin focused her tour on the preservation efforts of the park service to ensure the town-site will be around for folks to visit and enjoy. Many descendants of St. Thomas reside in Logandale and Overton, where the group headed next.

In Overton, the group had a behind the scenes tour of the Lost City Museum by Archaeologist and Curator, Molly Fierer-Donaldson. At the museum, they learned just how many items are in the collection and the efforts needed to conserve them. Many attendees are looking forward to going on another field-trip with NVFCP to learn more about our cultural resources. 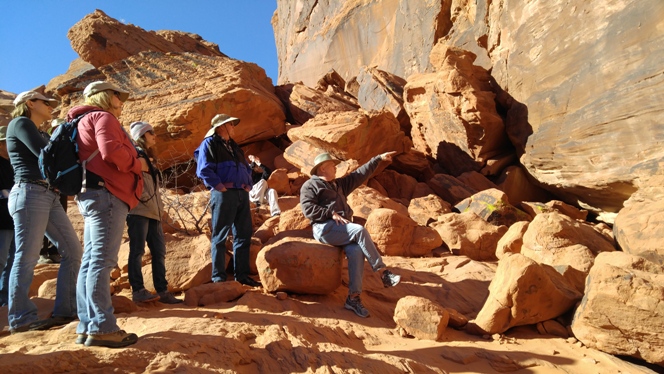 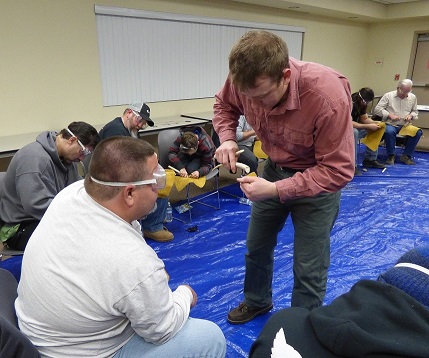 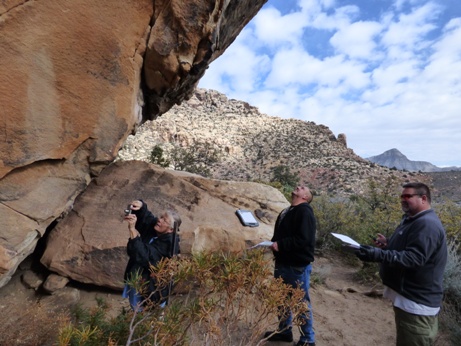 If you are interested in learning more about this program, please visit the Nevada Site Stewardship Program website http://shpo.nv.gov/stewards or email the program coordinator, Samantha Rubinson at [email protected] 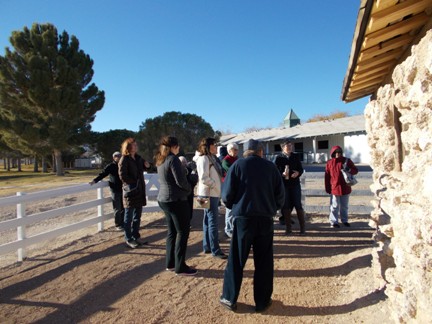