History of the Archaeology of the Lost City 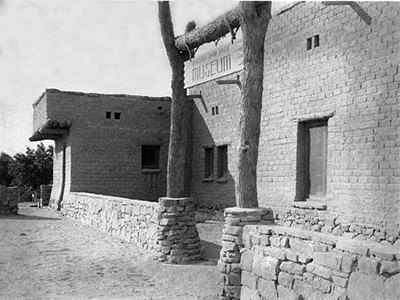 The Lost City Museum, originally known as the Boulder Dam Park Museum, was built in 1935 by members of the Civilian Conservation Corps. The museum was built to contain the artifacts received from archaeological sites that were going to be inundated by the waters of Lake Mead and the surrounding area. The site that is known as the Lost City and Pueblo Grande de Nevada was brought to the attention of Mark Harrington in the 1920’s. Archaeology continued in the Moapa Valley throughout the 1930’s, and in the mid-1950’s, the National Park Service turned over the museum to the state of Nevada. Work has continued in the Moapa Valley from the 1950’s through today. Currently, there are several graduate students working in the Lowlands of the Western Virgin Puebloan region, and some of these projects focus on subsistence of the peoples in the area.

A recording of this Zoom Webinar presentation can be viewed on NVFCP's YouTube Channel. Click here to watch the video.